Pass The Hookah? I Don’t Think So…

Hookah, also known as shisha or narghile, has been around for hundreds of years and was most commonly associated with unwinding at the end of a work day with a cup of tea and friends. Unfortunately, hookah smoking, along with all of its harmful effects, is now widespread among teens and younger adults. With hookah coming in different flavors such as pineapple and strawberry, and the popularity of hookah bars, it isn’t surprising that amongst college students, 41-48 percent have used it in their lifetime. High school students aren’t much farther behind in usage, with 15-17 percent having used hookah in the past
year. 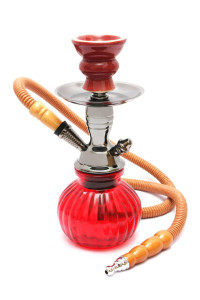 Hookah smoke is filtered through water, leading some to believe that the harmful toxins are being filtered out, but this is not true! Recent research shows that a one-half to one hour session of using hookah exposes you to an average of four times the PAH (a carcinogen), four times the volatile aldehyde (formaldehyde) and 30 times the carbon monoxide of just one cigarette. Smoking hookah for one hour releases as many carcinogens and toxins into the air as 10 to 20 cigarettes, so you may not be smoking at all, but you still get the “benefit” of all that secondhand smoke. Also, let’s not forget that there is still nicotine in hookah in its highly addictive form. Research shows that many people who smoke hookah become addicted to smoking cigarettes later in life.

Hookah smoking is not any less dangerous to your health than smoking cigarettes, so it’s time to stop ignoring the facts and start talking about it instead. Your life or that of someone close to you could depend on it.