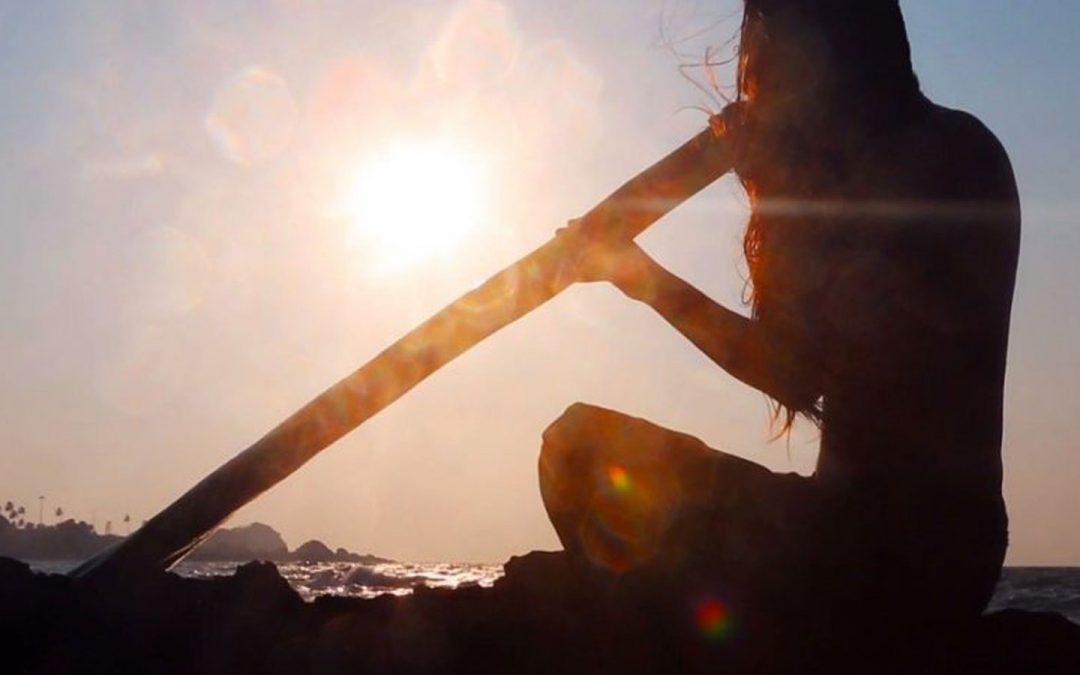 Before you run out for didgeridoo lessons to fix your sleep apnea, read here to learn why you might hear mention of this ancient musical instrument as an alternative treatment for obstructive sleep apnea.

The didgeridoo is a very long cylindrical musical instrument belonging to the “wind family”. It was invented over 1,500 years ago, by Indigenous Australians. Didgeridoos are very long, from 3 to 10 feet, and are sometimes called wooden trumpets or drone pipes.

In 2009, the results of a Brazilian research study revealed that people who learned to play the didgeridoo had some mild improvement in their sleep apnea (a decrease in their apnea-hypopnea index). This is thought to be related to the “circular breathing” required to play this instrument, which allows the player to create continuous sound without interruption. This technique entails breathing in through the nose, while at the same time, blowing out through the mouth into the instrument, using air that has been stored in the cheeks. Breathing this way is thought to strengthen the muscles in the upper airway, making them less likely to collapse during sleep.

There have been other similar small research studies, also pointing to the possibility that strengthening the muscles of the upper airway may provide some help with sleep apnea and snoring. In fact, the specialty field of Orofacial Myofunctional Therapy focuses on retraining the muscles of the lips, tongue, cheeks and face. During myofunctional therapy, therapists can use different techniques to strengthen the tongue muscle, stabilize the jaw and improve the “oral resting posture” during sleep.  Oral resting posture refers how the tongue, teeth, and lips rest during sleep.

Myofunctional therapy for obstructive sleep apnea involves exercises and behavioral changes that can improve nose breathing and airflow during sleep. It is also a common treatment for children who have difficulty chewing, swallowing, speaking and breathing. While not a cure or first line treatment for sleep apnea, myofunctional therapy is used by some people along with other sleep apnea treatments to help them breathe better. After a consult and evaluation, a therapist will develop an individualized treatment plan, including daily exercises to be done at home. As with any exercise, a commitment to time will improve results.

Although CPAP is considered the most effective treatment for moderate to severe sleep apnea, more people are looking for alternative and holistic treatments to add to their current plans. If you are considering trying something new, it is important to first discuss with your doctor.