Since 1904, Breathe Pennsylvania has promoted the fight against tuberculosis (TB). Although the organization’s name and mission has evolved to include the prevention of all lung disease, we continue to pioneer TB programs and services. Today, Breathe Pennsylvania offers public and professional TB education materials; training; and financial support for TB services and research.

Tuberculosis (TB) is a respiratory illness that spreads through microscopic droplets in the air. The disease has claimed lives as far back as Ancient Egypt, but infection rates skyrocketed in the 19th century as TB found fertile ground among the cramped and unsanitary conditions of rapidly expanding cities. By the dawn of the 20th century, TB was a leading cause of death.

A common misconception about TB was that it was hereditary, leading many to not take precautions to avoid infection. To dispel misinformation about the disease, the Tuberculosis League sent nurses to the homes of TB sufferers to provide professional guidance about their condition. According to Tuberculosis League documents in the collection, this educational effort would be “…the most pressing and monumental field of work. It can only be accomplished by a personal crusade of corps of trained young women who will reach the people in their homes and conduct what are widely known as tuberculosis classes and form by far the most encouraging part of tuberculosis work.” 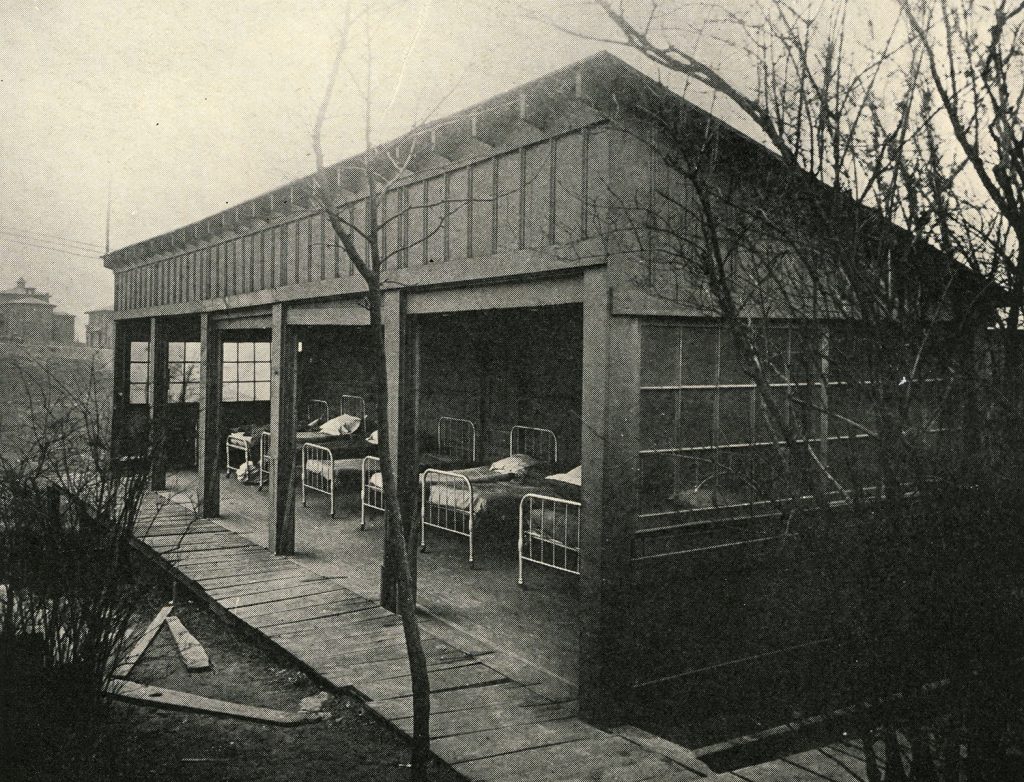 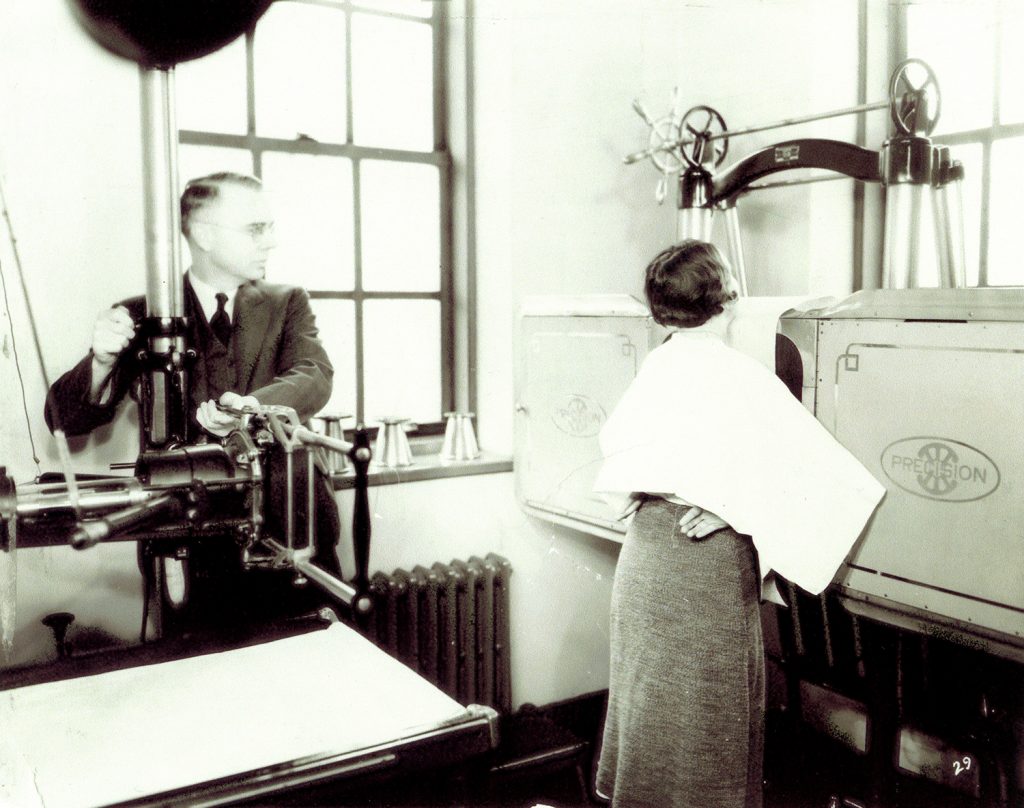 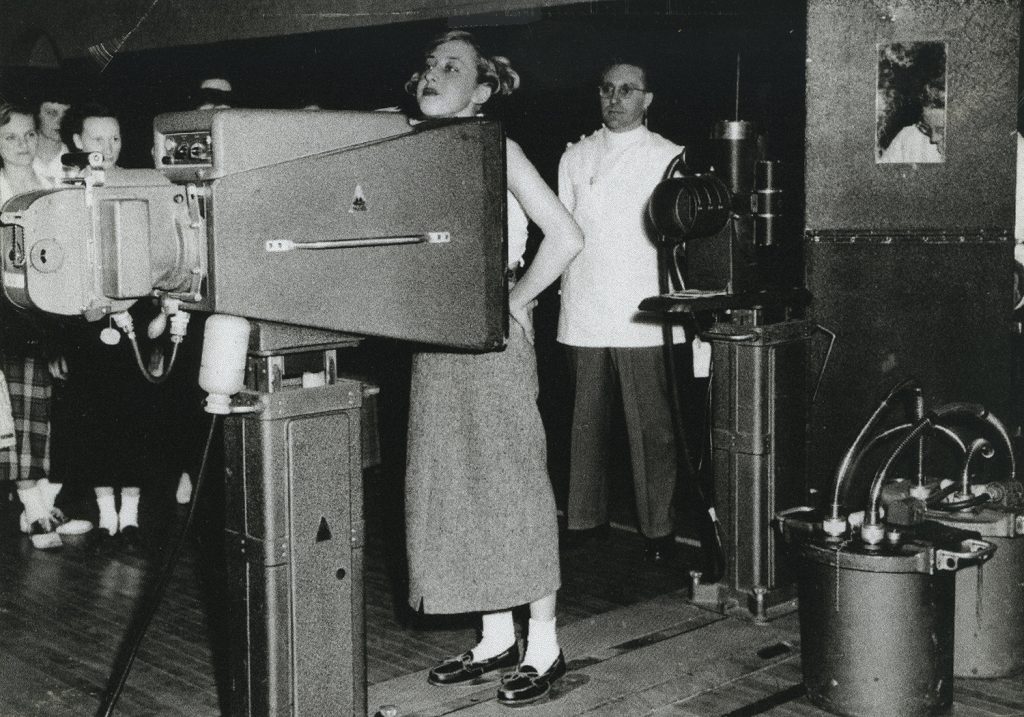 In its early years, the organization focused on providing rest, exercise, and fresh air to its patients. Reflecting a widespread belief that exposure to cold air was an effective method of treating the illness, the Tuberculosis League established an open-air classroom and sleeping quarters. Photographs from that era show beds in open-fronted shacks with the doors that were closed only in blizzards. Children in the open-air classroom sat at their desks with sleeping bags covering most of their bodies. 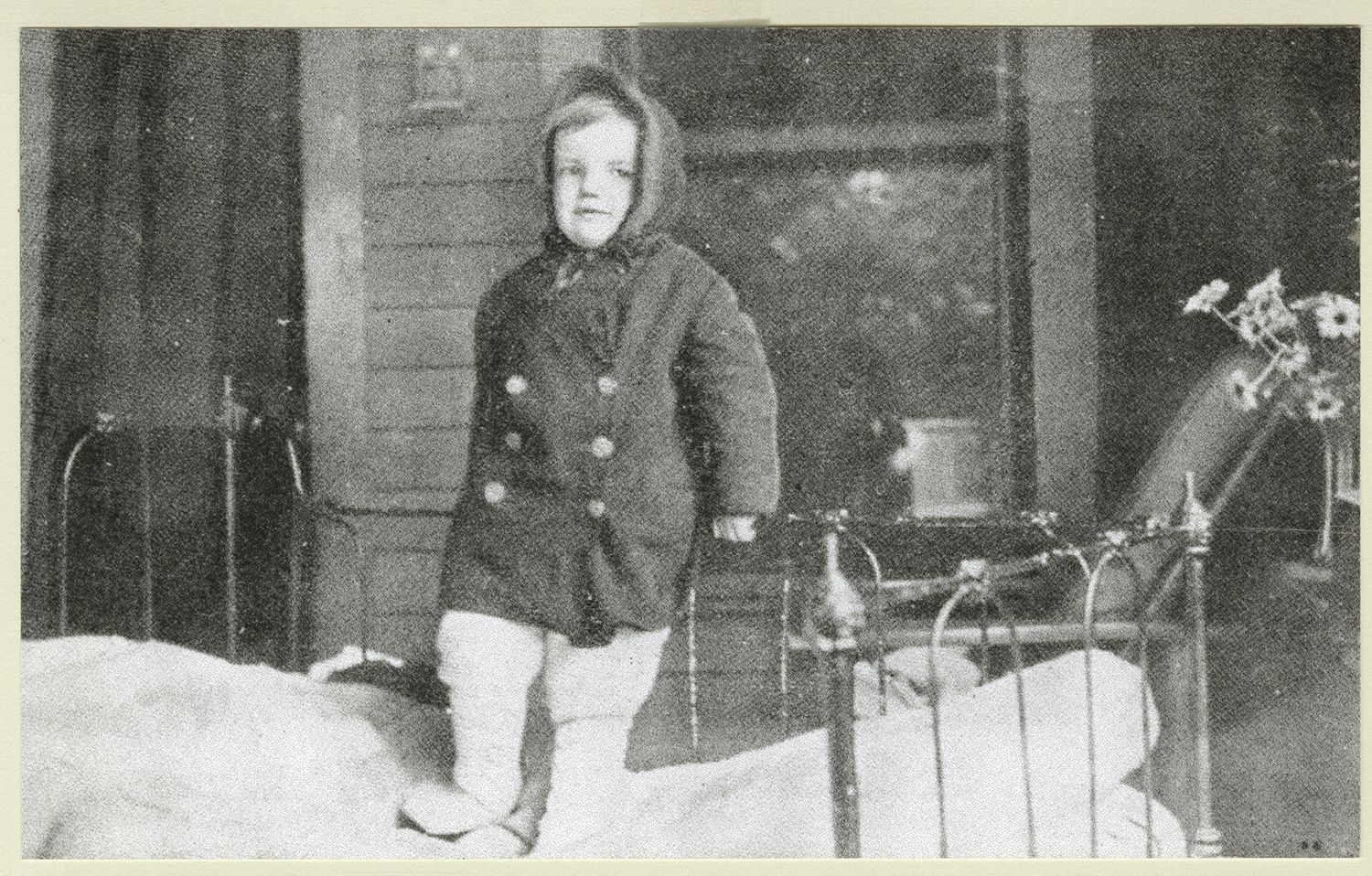 A child on a bed on the porch of the Tuberculosis League of Pittsburgh’s Hospital, c. 1910. Breathe Pennsylvania Records, Detre Library & Archives at the History Center.

Though the cold air was an ineffective treatment, isolating TB patients in specialized facilities slowed the spread of the disease within the community. In 1929, the organization replaced the mansion with a purpose-built hospital building, which included space for new x-ray equipment that helped diagnose those with TB. In the 1950s, the Tuberculosis League coordinated, in partnership with the Pittsburgh Department of Health and other local organizations, mass testing of Allegheny County residents. Through this effort, nearly one million residents were examined for TB – the largest public health project that had been conducted in Pennsylvania. A newspaper advertisement promoting the project stated that the county would track TB patients for three years after their cure to ensure anyone suffering a relapse would receive medical attention.

Beginning in the 1940s, a series of antibiotics were developed that proved successful in the treatment of the disease. With these new drugs shortening the recovery time for patients, the Tuberculosis League closed its hospital in 1955. The organization remained active, however, by dispatching mobile X-ray units into neighborhoods where the disease persisted and continuing to test students in schools. The Tuberculosis League also treated other respiratory ailments, such as asthma, bronchitis, and black lung.

Breathe In is a 20-minute short film that tells the story of Kelsey, a 5-year old from Houston, TX, as she moves through treatment for tuberculosis, the world’s deadliest infectious disease. It was produced in partnership with Johnson & Johnson as part of a larger Social Impact Campaign to raise awareness about TB across the globe.

TB 101 for Health Care Workers is a Web-based course designed to educate health care workers about basic concepts related to TB prevention and control in the United States.

The Interactive Core Curriculum on Tuberculosis: What the Clinician Should Know provides clinicians and other public health professionals with information on diagnosing and treating latent TB.

The Self-Study Modules on Tuberculosis are a series of nine educational modules designed to provide information about TB in a self-study format, separated into two courses.

How Can We Help You?

Breathe PA is here to help you on your journey to better lung health. Please complete the form to send us any questions you may have. You should expect to hear from a team member within 24 hours.